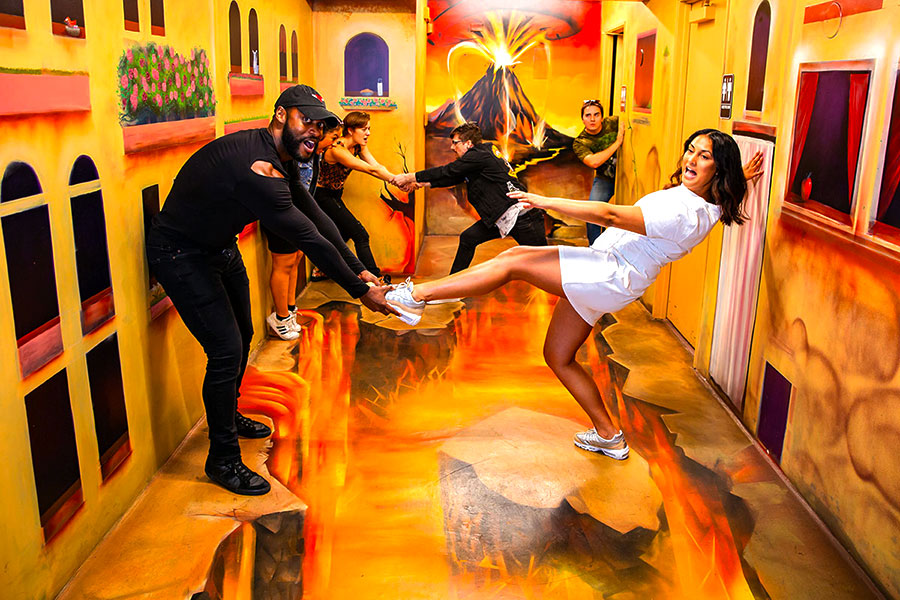 Los Angeles features a very diverse set of public art including murals, sculptures, paintings and graffiti that everyone should include in their LA sightseeing journeys. Most of these attractions are displayed on walls, in metro stations and outside of museums in Los Angeles. Long summer days in the city means more time for outdoor sightseeing when you know what places to look. Here are four of the best known outdoor art attractions for sightseeing in the city of Los Angeles.

1) The Great Wall of Los Angeles

The Great Wall of Los Angeles is a famous mural created by Judith F. Baca with the help of over 400 community artists and volunteers. Work for the mural was coordinated by the Social and Public Art Resource Center, and its official title is “The History of California.” As of 2017, this great mural is listed on the National Register of Historic Places by the United States Department of The Interior.

Levitated Mass a 340-ton rock sculpture is created by Michael Heizer in 2012. It is located at the Los Angeles County Museum of Art, and it’s open to the public for viewing during normal hours of operation (no admission required). Many people have described the boulder as being affixed the wall. This makes it appear as if it is floating when viewed from the trench. Hence, the name “Levitated Mass.”

The Mosaic Tile House is located in the Venice neighborhood of Los Angeles. It is an old house turned into a mosaic work of art by Cheri Pann and her husband Gonzalo Duran. The couple bought the house in 1994 with the intention of turning it into an art studio. After creating mosaic tiles for the bathroom, they both fell in love with the idea and decorated the entire house with it. Tours of the house are available by appointment, but even from outside, it is a great work of art.

The Watts Tower, located in the Watts neighborhood of Los Angeles, is one of the most culturally significant sculptures in all of Southern California. The Watts Tower was created by Simon Rida as a collection of 17 interconnected sculptural towers with the tallest of them all standing over 99 feet tall. The Watts Towers are also designated as a National Historic Landmark, and they still stand to this day as one of the most brilliant examples of Italian-American native art in US history.